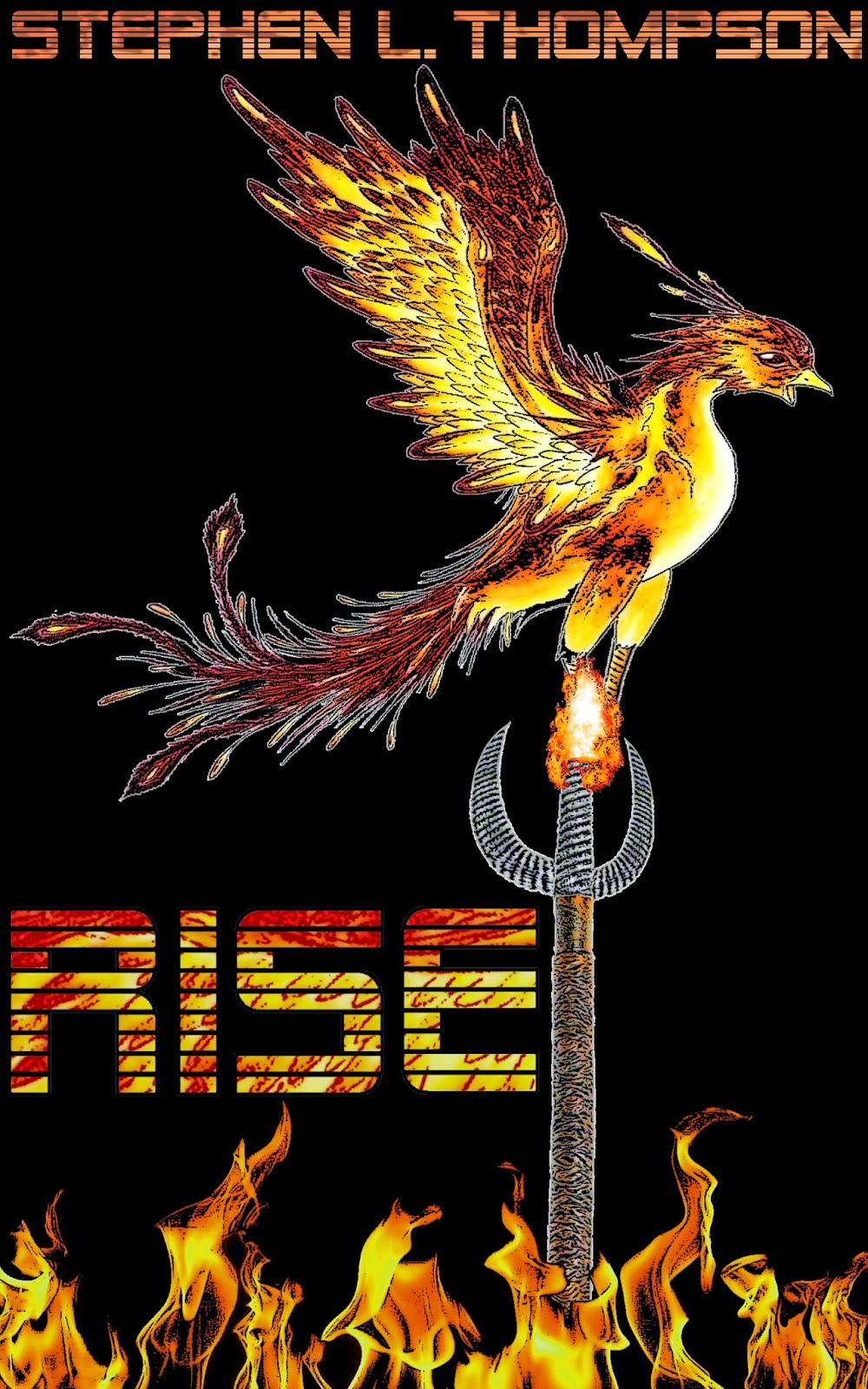 Posted by Stephen L. Thompson at 09:00 No comments: 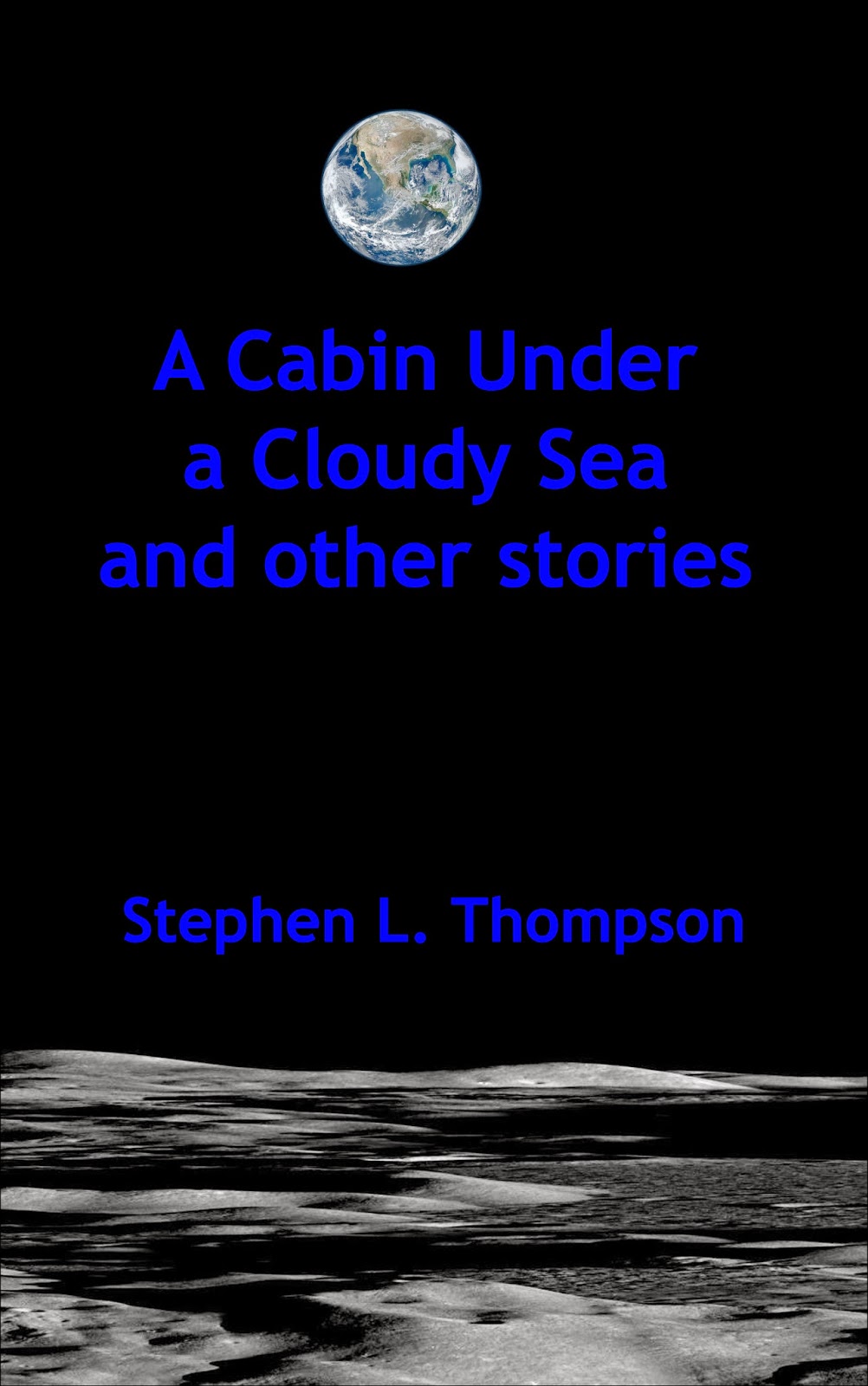 For an example, here is an excerpt from “Putting Down Roots”

Julie smiled to the camera and gave a little wave. “Hello from the Armstrong Research Station at the Lunar South Pole. I’m the Station Director, Doctor Julie Herrin, and this is a very special broadcast.”

Spreading her arms, Julie stated, “I’m talking to you from what in the station specs is referred to as ‘the common area,’ but here at Armstrong we call it The Bunker.” She shrugged and explained, “The name was here before I was, so don’t ask me why. Anyway, this is where we usually make our media presentations, but it’s also where most of us eat, play games, and watch movies every Tuesday and Friday night. And today, thanks to you, it’s becoming even more.

“About twelve hours ago, one of our resupply shuttles landed with a special package from the Lunar Auxiliary. For those of you watching this video who don’t know about the Lunar Auxiliary, they are a private group on Earth who raise money to ship various items to us here on the moon. Things like treat baskets each Halloween and knitted socks for all the staff up here … which I probably shouldn’t have brought up because I’m not wearing mine today.”

Out of the corner of her eye, Julie saw several of the staff laughing silently as they showed off their socks. She clenched her jaw for a second, before continuing, “But the reason for today’s video is this.” She held up the package: a thick plastic tube about a meter long. The tube had already been opened, so Julie only had to slide the top up off the contents.

If you are at all curious, you can find “A Cabin Under a Cloudy Sea and other stories” on Kindle.
Posted by Stephen L. Thompson at 09:00 No comments:

Links to all of my stories


The other day I was looking around the web for new ways of promoting my books.  On one of those “Ten tips for better sales” types of pages, one of the tips was to have a blog post with clear links to everything you’re trying to spread the word on.  Having one spot with everything makes sense because then you only have to link to that one thing.  So this just has links and short descriptions for my main stories online.  If you’re really curious for all of my stories you can find online, you’ll need to wade through my webpage.

I have three anthologies that I self-published.  The links take you to the page on my webpage that has links to where you can buy the paperback versions, as well as the Kindle version.

Forty stories giving you a buffet of my style.


These mini-anthologies contain five short stories that are to give a sample of my writing.  All of them are on Kindle, and the links take you to the US site for them.

The Most Powerful Man in the World andother stories

A Cabin Under a Cloudy Sea and otherstories

Five scifi stories, all set upon the moon.


These are single stories available on Kindle.  The links take you to the US site for them.

A story about a tragedy at a space colony

A tale about a surprise on an interstellar colony ship.

What’s the only certainty in a body swapping world?

This is a collection of ten, short essays dealing with science fiction ideas I believe will soon be science fact.


I’m working on a series of stories that I am posting on my Patreon profile.  Patreon is a place where patrons can help content creators.  Eventually, I plan to collect them into an anthology which will be available on Kindle.


QuarterReads is a site where you can buy short stories for only $0.25.  The best part is that $0.22 of that goes to the authors.  Here is my author page with links to all the stories I have on there.


I write for several sites where I get paid for page views.  Every now and then, I’ll publish a story on them.  This link will take you to a page on my website where I’ve listed these stories from the various sites.
Posted by Stephen L. Thompson at 13:30 No comments: